The US Trade War Goes Nuclear: Will Section 232 Kick Off a Bull Market for Uranium Energy? 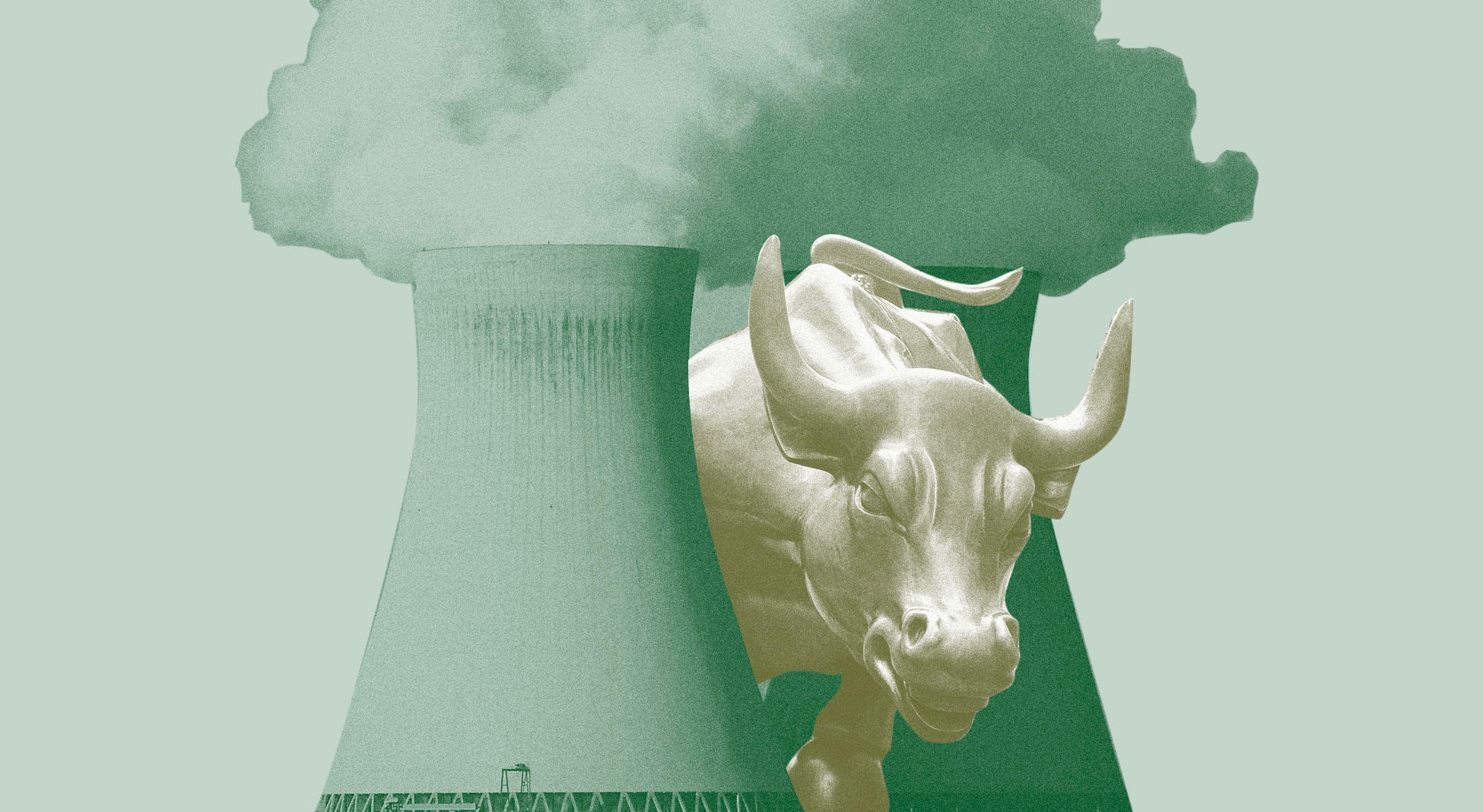 The US Trade War Goes Nuclear: Will Section 232 Kick Off a Bull Market for Uranium Energy?

On July 15, Trump is expected to make a decision that will cause a seismic shift in the uranium market.

The outcome hinges on claims that the U.S. has become dangerously overdependent on foreign uranium. In April, the U.S. Commerce Department submitted the results of a sweeping Section 232 probe into the issue, along with a confidential menu of recommendations, to the president. He has 90 days to choose whether or not to act.

Whether this latest move in the US trade war will prove a welcome shock to a stalling industry or yet another setback remains to be seen; what is certain is that junior uranium miners—and their investors—are uniquely positioned to benefit if the situation turns out as hoped.

If people have the patience to suggest that they might have to own something for two years, they are staring at tenfold gains on some of the uranium juniors. It’s a simple equation.

It’s a recipe for an unprecedented bull run. If Trump decides to implement measures proposed by domestic uranium companies, including a quota requiring domestic producers to supply 25 percent of the U.S. market, and a requirement that utilities purchase U.S. uranium, we’re in for one hell of a turnaround. Dormant mines will sputter to life, spot prices will split and soar, and cash will flood the once-troubled sector. It’s easy to see just how much money investors in domestic uranium stand to make.

The question now is whether Trump will agree that American dependence on foreign uranium necessitates government intervention. Luckily, proponents of the quota have a pretty convincing case. 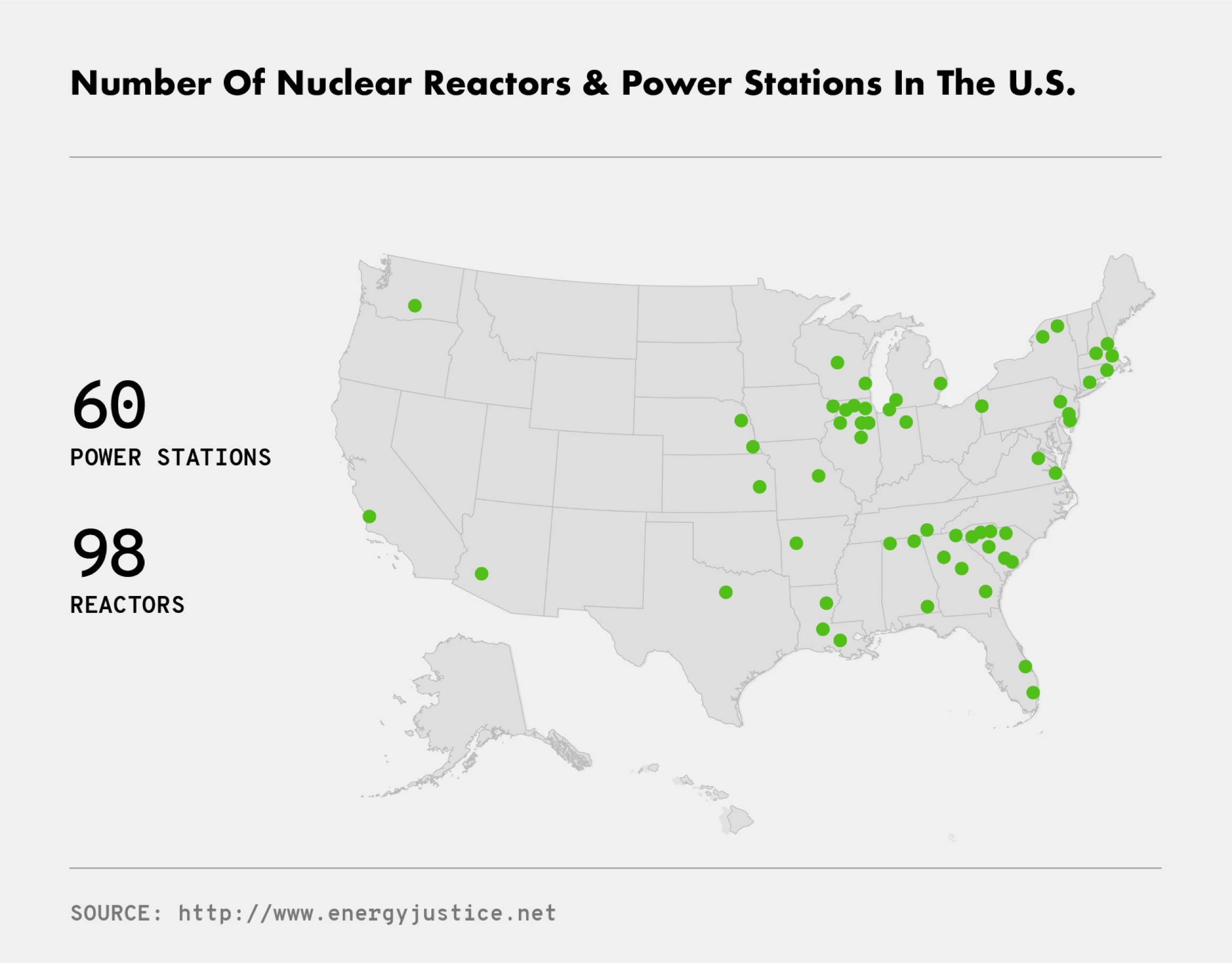 Today, the U.S. has the largest number of commercial nuclear reactors in the world. The country depends on nuclear energy for 19 percent of its electricity, and 100 percent of the submarines and aircraft carriers in its so-called “nuclear Navy. 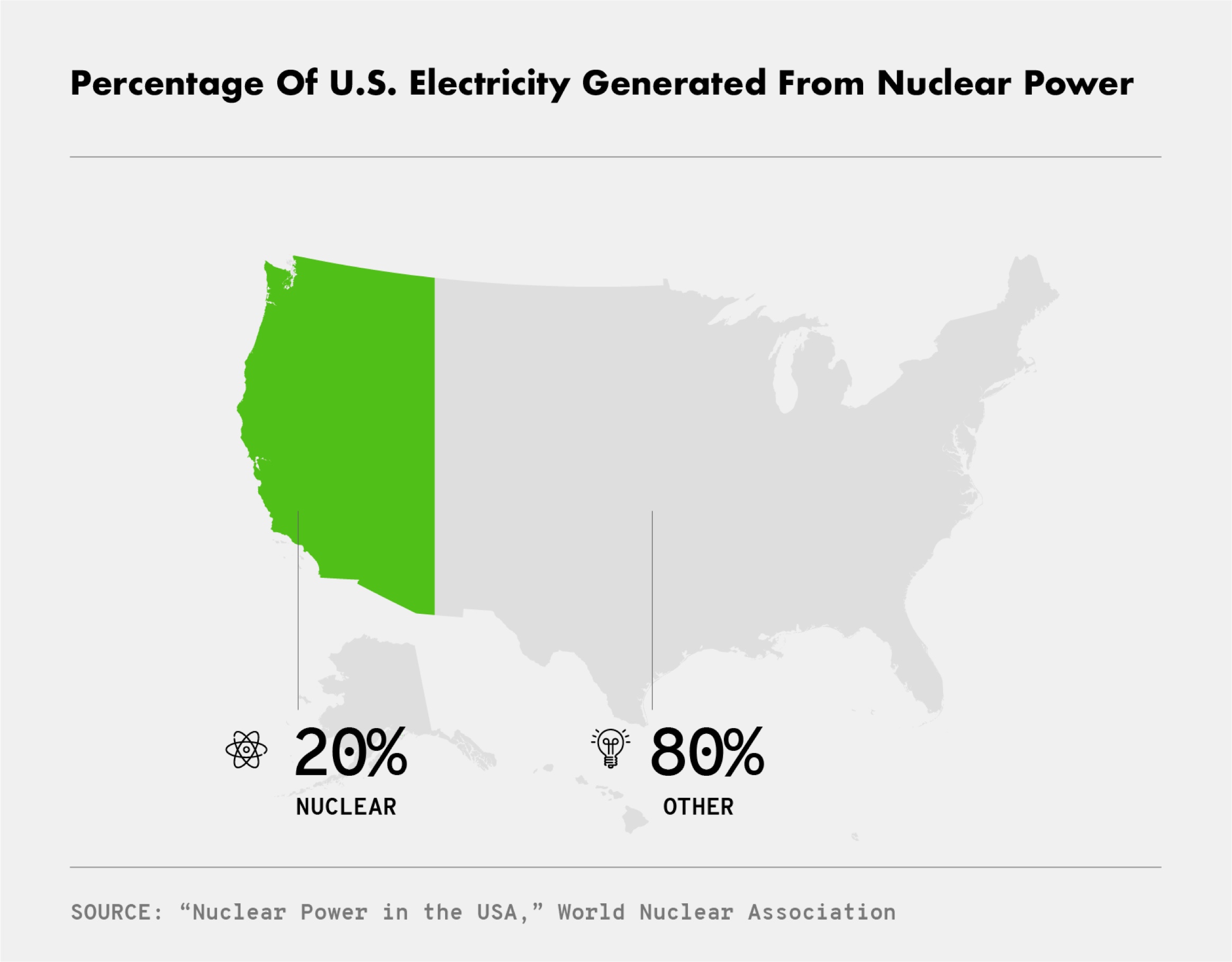 But only just under 10 percent of the uranium used to power U.S. plants is sourced domestically. The rest comes from places like Canada and Australia, and regions with obvious geopolitical risks like Russia, Kazakhstan, and Uzbekistan. Domestic suppliers are projected to fill less than 1% of U.S. reactor demand in 2019. And while U.S. law dictates that all uranium used for national defence purposes be mined, refined, and processed within U.S. borders, defence supplies are mostly pulled from stockpiles from the Cold War—stockpiles that are rapidly running out. 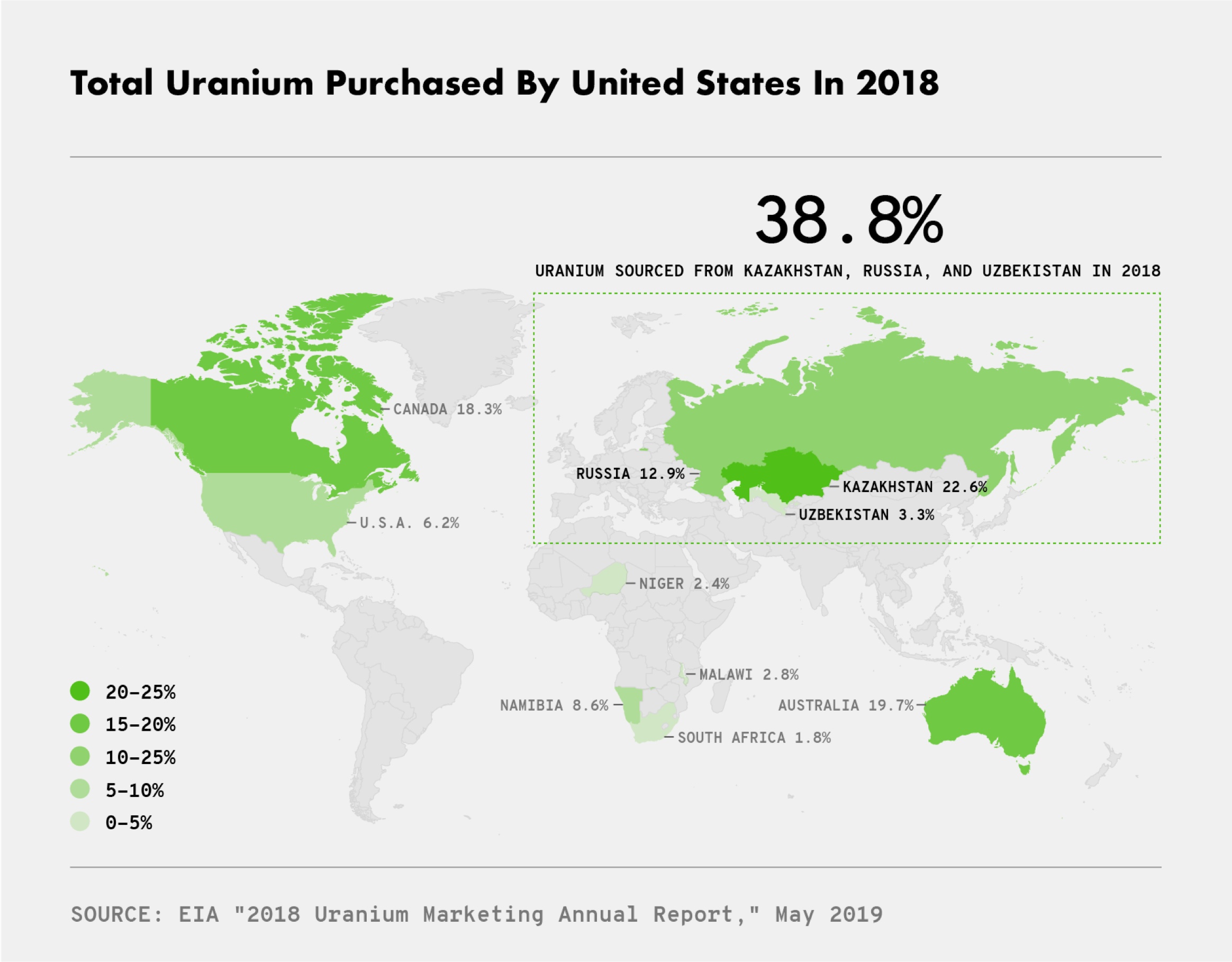 Former U.S. Secretary of Energy and current Uranium Energy Corp. Chairman Spencer Abraham calls American dependence on foreign uranium “a serious national security issue” in a recent op-ed for Fox News. He cites recent Russian attacks on the U.S. electrical grid and nuclear plants, as well as Duma legislation that effectively empowers Putin to “cut off nuclear fuel supply to the U.S. and its allies any time he sees fit.” According to him and many others, Russia has a proven history of weaponizing its energy sector, and the U.S. is leaving itself wide open to attack.

Clearly, it’s not a comfortable spot for the U.S., which is why a pair of American uranium producers petitioned the government for a Section 232 probe. The petition complained that heavily subsidized state-owned enterprises make fair competition impossible. They argue that uncompetitive prices head lead to a flood of uranium supply from former Soviet Union states into the global market, thereby driving down prices and forcing domestic miners out of business.

To solve this, the petition made two recommendations: a quota to reserve 25 percent of the U.S. market for domestic uranium, and a “Buy American” policy for U.S. agencies that use uranium. These policies, uranium producers argue, will revitalize the U.S. uranium sector and bolster national security.

The petition prompted the Department of Commerce to launch an investigation into the matter, culminating in a confidential report that now sits on Trump’s desk, awaiting review.

The Catalyst of a Lifetime

It’s obvious that a government mandate for U.S.-sourced uranium would be a tremendous boon for domestic producers. Speculators believe that a quota could create a separate, premium price for uranium, putting money into the pockets of mining companies and the investors who back them.

Even if Trump’s actions fall short of the admittedly ambitious 25 percent quota goal, any intervention that favours domestic production could result in massive growth in the sector. After all, the industry’s currently running at the barest minimum. Even a modest boost in production would spur a substantial percentage increase in activity.

Add this to the fact that uranium is trading at a deficit for the first time in a decade, and you have yourself a seriously compelling investment narrative.

Analysts agree. Rick Rule, CEO of Sprott U.S. Holdings, calls the fundamentals behind uranium’s rise “the simplest investing thesis of all time.” Though he concedes that price movement may take some time, he’s remarkably bullish on the prospect.

“If people have the patience to suggest that they might have to own something for two years,” he says, “They are staring at tenfold gains on some of the uranium juniors. It’s a simple equation.”

The Question on Everyone’s Mind

Of course, this all depends on Trump deciding to intervene on behalf of the U.S. uranium sector. There are plenty who doubt this outcome or hope it doesn’t come to pass.

For example, the Ad Hoc Utilities Group argues that government intervention would raise fuel costs by 2 to 3 percent. This, they contend, will put nuclear plants in jeopardy and send as many as 100,000 workers packing.

In reality, the purchase of unprocessed uranium actually accounts for only about 6 percent of the cost per unit of production for nuclear electric power. A slight cost increase likely wouldn’t have such a dramatic effect on plants’ bottom line. AHUG’s estimates also assume that the uptick in price could not be passed through to consumers, a move which would increase electric bills by mere pennies on the dollar.

As Thomas Duesterberg, a senior fellow at the Hudson Institute, writes in Forbes, AHUG’s assertion “is not a credible argument.”

Anyone can see that the stage is set. Uranium stocks are trading across the board at downturn prices, encouraging investors to secure shares in advance of the coming changes. If uranium quotas come into effect, investors stand to harness massive gains as production ramps back up.

The data strongly supports government intervention, and the industry is primed for a fundamental shift. All that remains is the signature of a president who already consistently expresses his support for nuclear energy.

It’s an opportunity that comes around only once a decade, and investors are taking note. As national security dovetails with shifts in international supply and demand, it’d be wise to consider a well-positioned, junior uranium miner for inclusion in your portfolio.